WHAT IS SENIORS GOLF??

The ‘Seniors’ is a relaxed and friendly competition played over 9 holes on Monday mornings, from the yellow (social) tees, for those over 55.

It was run from 1988 until 2014 under the stewardship of youngster, Ian “Tricky” Trickett. Maximum handicap is 50 (you start on 1 less than your GA handicap), there are no annual fees, visitors and beginners are welcome.

A feature of the group is the annual “Xmas Hams Day”. On this day, every regular player receives a substantial ham, along with the Xmas lunch.

Come along and join us on a Monday, just roll up from 7.30am, bookings not necessary. 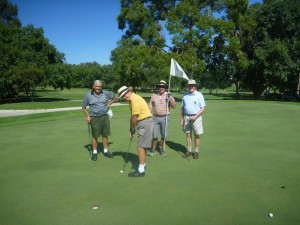 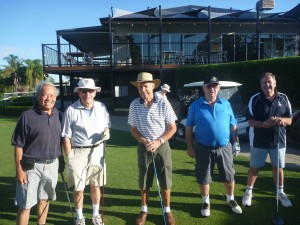 We had forty players off the back nine today with balls going down to 14th place.

Our best wishes go to Trevor West and Laurie Boules who have appointments with the surgeon in coming days.

I’ll try to get a little newsletter out concerning the Hams Day next week.

I realise it has been a long time since we had a “Par from Pete”, but I have some interesting information that bears mentioning. I reckon it has to be some kind of a record, but I don’t know how to verify it.

In one of our groups lats week, we had three players with an average age of over 90! The same group, (Noel Dunford, Ian Trickett and Jim Humphreys) played last week, and they scored 21, 17 and 18 points respectively. Not bad for a 91, 91 and 90 year-old.

For those who aren’t familiar with the history behind the Senior’s competition, Ian and Noel kicked it off about 30 years ago, and have played regularly ever since. Ian was the co-ordinator of the event for around 23 years, and he set up the rules for the rather casual competition, (so if you’re looking for someone to blame for the handicapping system, Ian’s your man.) But, just remember, if it wasn’t for the likes of him and Noel, we wouldn’t be where we are today. 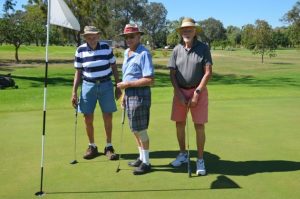 We’ve had some minor changes to the competition over the years, but basically everything is the same as when it kicked off.

On behalf of the members I would like to congratulate Noel, Ian and Jim for their efforts, and offer a big vote of thanks to everyone concerned with keeping this tradition going. 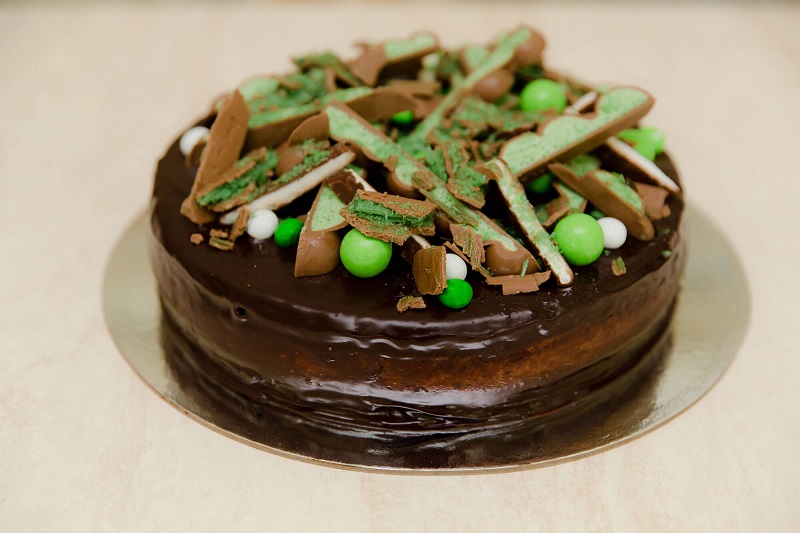 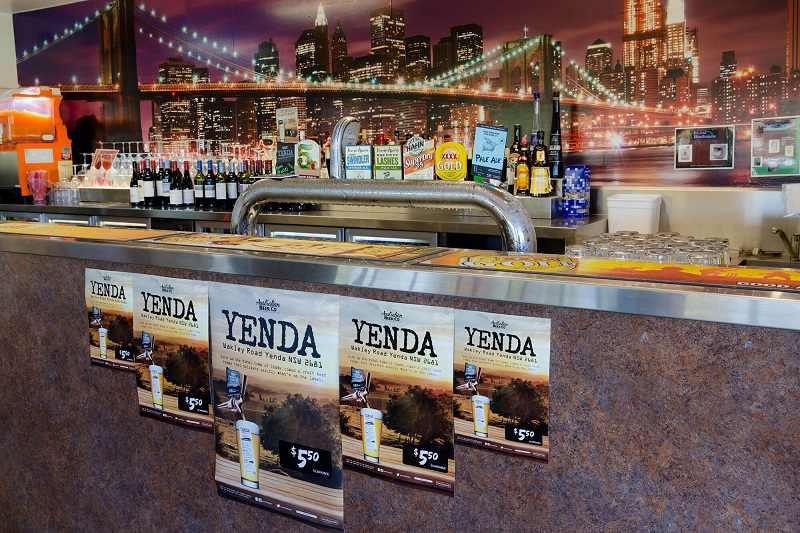